DESCRIPTION
Recorded in the same sessions as A Bit of Previous, Late Developers doesn’t feel like a collection of lesser-than songs that weren’t good enough to go on the “real” record. Rather, it’s an embrace of the freedom that comes with a jumbo-sized canvas, skilled students left unsupervised to paint whatever picture they feel like. Late Developers takes you on a journey as the band floats through genres with ease – from the frantic Billy Bragg-with-hella-flute-energy of the opening track and what I think might be Stevie Jackson’s best song, into a legit all-out radio-ready dance party in the third quarter of the record which includes a Belle & Sebastian first, a co-write with young pop composer Pete Ferguson. They then unearth a 1994-era pre-Belle and Sebastian tune, with the help of Camera Obscura’s Tracyanne Campbell right before they bring you home at the end with a true bop. 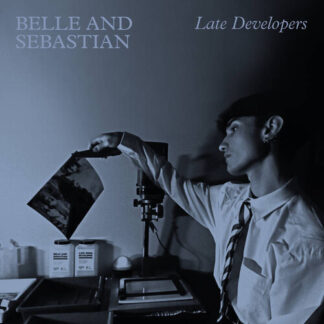