Part of a series of 4 LPs of home demos restored and remastered for vinyl from recently acquired materials returned to the estate. These embryonic recordings of songs some of which would find their way on to the iconic Slider album .. many did not and remained unreleased. Included here are recordings made in Tony Viscontis flat in 1971 and Truck On was not released until the end of 1973. This version includes some additional vocals by Tonys then wife Mary Hopkin
Limited to 750 copies world wide. Designed to represent the period when the material was recorded. Includes inner bag with full liner notes by Andrew J. Gardner of the Bolan Society. Taken directly from Marcs own tapes (originally stolen from the home of Marc & Gloria and recently repatriated to Gloria and her charity,The Light of Love Foundation) and audio restored and mastered by Anders Peterson at Ghost Sound Sweden.
LP-EARS-142
UPC : 5060446071984
Street Date : 12/7/2018 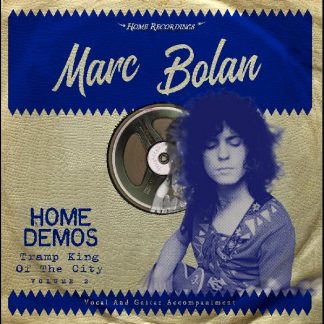