View cart “Ride – Weather Diaries (Vinyl)” has been added to your cart.

BACK IN STOCK!!! The Way is the follow up to 2006’s Flat – Pack Philosophy LP and is the band’s ninth studio album since their formation in Manchester in 1976. These 10 tracks penned by the group’s long-standing core of PETE SHELLEY and STEVE DIGGLE were recorded this year in London, and were produced by the band and DAVE M ALLEN (best known for his production work with The Cure, Depeche Mode and Neneh Cherry). The album packs the same classic UK pop punk punch they’ve been known for over nearly four decades. Response to the lead-off single “It’s Not You” has already garnered some excellent praise and over 6000 plays on Soundcloud in less than 24 hours. LP comes on WHITE vinyl, limited to 900 copies! Buzzcocks ‎– The Way Genre: Rock Style: Punk, Pop Rock Year: 2014 Tracklist Keep On Believing People Are Strange Machines The Way In The Back Virtually Real Third Dimension Out Of The Blue Chasing Rainbows / Modern Times It’s Not You Saving Yourself 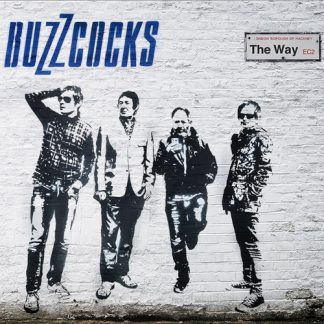