Vinyl LP pressing. Chris Staples’ Golden Age meets us at the intersection of nostalgia and the future, and holds out a hand. For some time, Chris Staples was longing for things to return to the way they had been. The way they were before he was diagnosed with Type 1 diabetes and his pancreas failed. Before his bike accident and the resulting hip surgery. Before the dissolution of a long-term relationship. He had been left to pick up the pieces, but for a long time couldn’t bring himself to. But the myths we build about our pasts are often gilded: we believe things were innocent, they were whole. Staples, after feeling the seductive pull of that illusion for years, had had enough of it. He was going to tear it down. As he began to pick up the pieces of his life, and coincidentally began to write music for a new album to follow his acclaimed 2014 Barsuk debut American Soft, his songs pivoted forward, becoming the new record, to be released in August 2016: Golden Age. Staples notes, “It’s really easy to idealize an earlier time in your life, but it’s not useful. It can be a trap that keeps you from finding new good things to live for. Golden Age is about that myth we carry around. The myth of our past being idyllic. I don’t want to waste any more time dwelling on it.” Golden Age Artist: Chris Staples Format: LP Release Date: 8/19/2016 LABEL: Barsuk UPC: 655173116418 GENRE: Rock RELEASE DATE: 8/19/2016 Tracks 1 Relatively Permanent 2 Golden Age 3 Missionary 4 Cheap Shades 5 Full Color Dream 6 Park Bench 7 Always on My Mind 8 Times Square 9 Vacation 10 Hepburn in Summertime 11 Dog Blowing a Clarinet 12 Diary 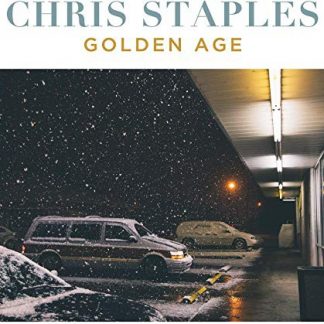