Recorded fresh off the heals of touring as the guitarist with Bob Dylan’s band, Duke Robillard’s new CD, “Calling All Blues,” is a collection of mostly new blues material by one of the genre’s best and most creative artists. Robillard is joined by the horn section from Roomful of Blues, the band he founded in 1967, on four songs. In a career spanning over four decades Duke has also worked with Tom Waits, Fabulous Thunderbirds, and dozens of blues legends. He has been nominated for two Grammy Awards and has won “Blues Guitarist of the Year” four times. WEA 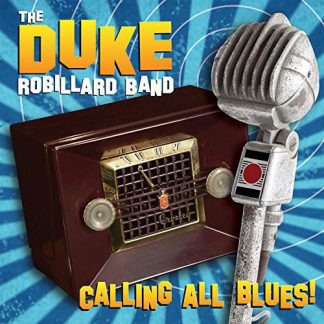 You're viewing: Duke Robillard – Calling All Blues $21.98
Add to cart