DESCRIPTION
Double 180gm vinyl LP pressing. 2019 release from the British singer/songwriter. Includes collaborations with Justin Bieber, Chance The Rapper, and others. Sheeran says: “Before I was signed in 2011, I made an EP called No.5 Collaborations Project. Since then, I’ve always wanted to do another, so I started No.6 on my laptop when I was on tour last year. I’m a huge fan of all the artists I’ve collaborated with and it’s been a lot of fun to make.” Ed Sheeran – an 11-time Grammy nominee and multi-Grammy winner – has quickly established himself as one of the world’s biggest musical artists with over 22 million albums sold and 4.7 billion Spotify streams. Both of his studio albums are now platinum, along with multiple platinum singles under his belt. The British singer-songwriter’s second full length album x (pronounced multiply) – released in 2014 – proved to be both a critical and commercial phenomenon. After debuting at #1 on the Billboard 200 upon it’s release, the album has since been certified 4x-Platinum in the US and earned two Grammy nominations, including the prestigious Album Of The Year. Additionally, x spawned four consecutive multi-platinum singles. 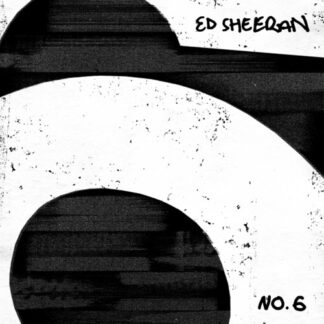