Editorial Reviews
From Publishers Weekly
With a seeming disregard for genres, photographer Avedon applies the same compositional intelligence to animated fashion shots, nightmarish images of a state mental hospital, austere portraits of politicians, artists, writers, grainy images of drifters and factory workers. This catalogue of a retrospective at Manhattan’s Whitney Museum contains many pictures that will be instantly recognizable to readers of Avedon’s recent An Autobiography , but it also includes a lot of new, early and unfamiliar work. Defending Avedon against critics who charge him with cold manipulation or sensationalism, New Yorker art critic Gopnik views his work as part of a theatrical tradition in photography, a carefully orchestrated interpretation of late 20th-century life. Livingston, the exhibit’s curator, provides a wide-angled critique of Avedon’s opus from his 1940s studies of New York City’s Central Park to recent portraits of Alabama governor George Wallace, NYC black activist Rev. Al Sharpton and gays in the military.
Copyright 1994 Reed Business Information, Inc.

From Library Journal
This large-format book reproduces Avedon’s work to the highest standards, documenting his 50 years as a fashion and portrait photographer. Livingston presents a chronology and analysis of his work; Gopnik contributes a thorough biographical essay. With his brutally frank photographic style, Avedon (An Autobiography, LJ 10/15/93) influenced a generation of photographers. Either in his studio or on commission from major illustrated magazines, Avedon seems to have photographed nearly every notable celebrity of the 20th century. His images of everyday people are equally powerful, as exemplified by a series from Vietnam in 1971 and one on drifters and unemployed Americans. The book has a unique design, simultaneously providing an illustrated checklist of the 50-year retrospective exhibit at the Whitney Museum on which the book is based and an illustrated chronology of Avedon’s life and work. Those interested in Avedon’s career or in the fine arts will want this book, which supplements and interprets the Whitney exhibit. Highly recommended.
Kathleen Collins, New York Transit Museum Archives, Brooklyn
Copyright 1994 Reed Business Information, Inc. 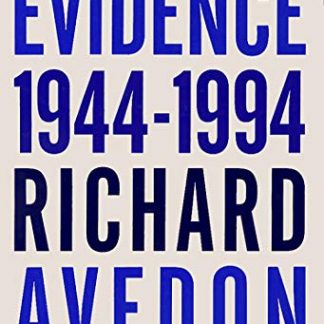