DESCRIPTION
Retreating from the skinned-knee production values of in on the Kill Taker, Red Medicine packs more rhythmic punch and shows more range. With more drive and playful goings-on, the arrangements sound much looser than on Kill Taker, while remaining just as gut-kicking and brainy. The experimentation, which adds liveliness, doesn’t sound measured. Even Joe Lally is allowed to sing, and it just happens to be one of the best songs on the record. Running against the theory that Fugazi is a pack of killjoys, numerous instances pop up where the band’s twisted sense of humor is apparent. The sinister ha-has that open “Birthday Pony,” the android sample in the pleasant (!) instrumental “Combination Lock,” and random piano plinks all manage to find a welcome place. But the most uncharacteristic track is the “Blade Runner in Kingston” slo-mo instrumental “Version,” featuring clarinet skronks, dubwise rhythm, incidental zaps, and – get this – no guitars. Picciotto declares in the immediately following “Target” that he hates the sound of guitars. What gives? It’s clearly a rumination against corporate America’s capitalization/bastardization of “punk” aesthetics. If anyone had the right to comment, it was Fugazi. “Back to Base” and “Downed City” (another dubby intro here) return to more standard issue, hardcore roots Fugazi, full of the soaring guitars that the band is most known for. Closing out the nearly flawless second side is yet another contemplative exit track, “Long Distance Runner.” Acting as a daily affirmation of sorts to combat lethargy, MacKaye opines, “If I stop to catch my breath/I might catch a piece of death.

Tracklist:
Do You Like Me Bed For The Scraping Latest Disgrace Birthday Pony Forensic Scene Combination Lock Fell, Destroyed By You Version Target Back To Base Downed City Long Distance Runner 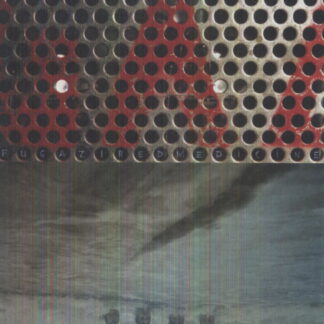