Vinyl LP pressing. EP release from the Charlottesville, VA-based band. Gold Connections – led by songwriter, guitarist and lyricist Will Marsh – recorded their debut EP in the spring of 2014 in Williamsburg, VA, and features production, engineering, and mixing by Will Toledo (Car Seat Headrest). It is comprised of the band’s five best, earliest original songs written by Marsh while he was an undergrad of the College of William & Mary in Virginia. It was there that Marsh met Toledo; Marsh a freshman, Toledo a sophomore. The fated meeting is recounted below in the words of Toledo and Marsh themselves. Though Toledo won’t be a member going forward, he also plays drums, electric guitar, bass, and backing vocals throughout the EP. 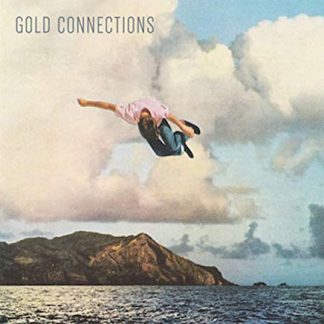