James, Elmore – Hits & Rarities (Vinyl) Catalog # : LP-SBR-7954 Artist : James, Elmore UPC : 708535795421 Label : Sunset Blvd Records Street Date : 7/10/2020 Description Elmore James is known as the “King of the Slide Guitar.” He was inspired by the local performances of Robert Johnson, whose “Dust My Broom” became James’ signature song and laid the foundation for his recording career. First cut by James in August 1951, “Dust My Broom” contains the strongest example of his stylistic signature: a swooping, full-octave opening figure on slide guitar. He has been credited with practically inventing blues rock by energizing primal riffs with a raw, driving intensity. James left behind a raft of classic blues songs that influenced a legion of Chicago slide players, and his songs have been cut by the likes of the Allman Brothers Band, Canned Heat, Fleetwood Mac and the Paul Butterfield Blues Band. “You can hear his signature riff at least once a night from every slide guitarist working,” music historian Tony Glover has written, “but no one has ever quite matched that vocal intensity, which transformed the lonesome moan of the Delta into a Chicago scream.” 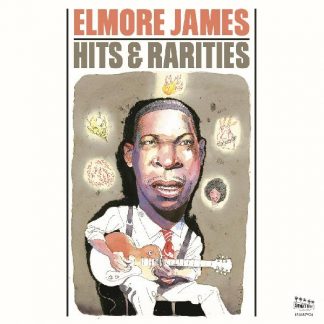