RECORD STORE DAY 2019 BLACK FRIDAY RELEASE LIMITED TO 1,180 COPIES IN NORTH AMERICA Garage rock connoisseurs may remember the instrumental “Lost on Xandu” from The Fleshtones’ 2011 album Brooklyn Sound Solution for its distinctive guitarwork from the hands of the legendary Lenny Kaye. Eight years later, Lenny went back to the instrumental tune and crafted some lyrics that paint the scenery of an outer space landscape, adding his own vocals to the song and turning the track into something completely new. This reimagined version of “Lost on Xandu” with vocals will be available as a limited edition 45 single on cloudy orange vinyl for Record Store Day 2019. The vocal version of “Lost on Xandu” is found on the A-side, and the B-side features a dub-style rendition of the track (starring Peter Zaremba as Space Commander) titled “Lost on Xandu (Version).” Neither the vocal version nor dub version of “Lost on Xandu” have been previously available in any format. Kaye, Lenny & The Fleshtones – Lost on Xandu (Vinyl) Catalog # : SI-YEP-2669 Artist : Kaye, Lenny & The Fleshtones UPC : 634457266971 Label : Yep Roc Records Street Date : 11/29/2019 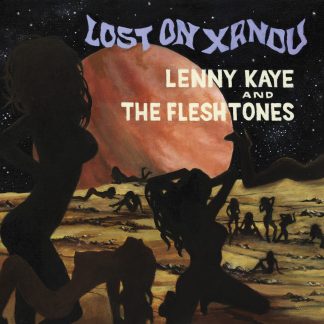