DESCRIPTION
Double vinyl LP pressing. The art of the remix has been around for several decades, from the fervid imaginations of JA pioneers like Coxsone Dodd, Duke Reid or King Tubby to the disco enthusiasts of New York, such as Tom Moulton, who bequeathed us the modern iteration of the remix and provided a template from which most remixers still work. Khruangbin are no slouches when it comes to the remix themselves. They’ve been reworked before, in 2016, with the highly collectible EP on Boogiefuturo. But this time, they’re taking it a step further with an album dedicated to the art. Entering the tight-knit world of a Khruangbin song can be a little daunting. They have created this entire universe in which the trio seem to function telepathically in the way the music is composed, arranged and played. To mess with their delicate eco-system can invoke feelings similar to that of an unwanted guest crashing a good-time party. “We write our music to be interpreted; this is another wonderful interpretation of the music,” reassure Khruangbin. “There is something very vulnerable about letting others work on your music. But through the correspondence with the different artists, we gained a bigger connection to the songs themselves.” 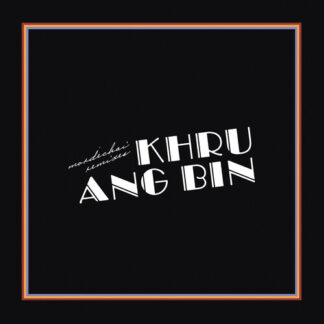