Bill Kirchen & Too Much Fun – Tombstone Every Mile (Vinyl)

Kirchen, Bill & Too Much Fun – Tombstone Every Mile (Vinyl)
Note: Filed under his own name and with Commander Cody

Description
‘Tombstone Every Mile’ was Bill Kirchen’s first solo album, but it has been unavailable for many years. Originally released in 1993 it featured him in his Washington DC based trio. Fellow DC area guitar man Danny Gatton was to produce the disc, but by the third day of recording he still hadn’t shown up, so Bill ended up self-producing with engineer Ed Eastridge. Bass man Jeff Sarli had already played with artists on the Black Top label out of New Orleans, Robert Ward for one, so Bill pitched it there and they agreed to release it in USA.

Kirchen then approached Jake Riviera at Demon, who he knew from making the Moonlighters disc with Nick Lowe, and they released it in Europe. The album reflects what they were doing working the Honky-Tonks in DC and points beyond. Kirchen hadn’t been writing much material post-Commander Cody, and was perfectly happy singing Dick Curless, Bob Wills and Buck Owens etc all night. So, he called on song writing friends like Blackie Farrell, Nick Lowe and Austin de Lone, who came through with some ideal material for the album, inspiring Bill to manage a couple of serviceable originals which remain in the repertoire to this day. 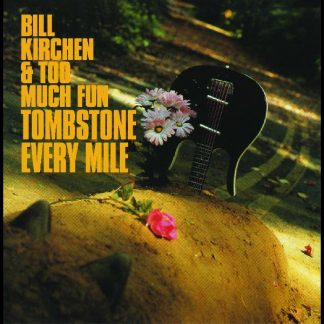