View cart “Nightmares On Wax – Mind Elevation (Vinyl)” has been added to your cart.

Vinyl LP pressing includes digital download. Little Scream aka Laurel Sprengelmeyer says she began conceiving of Cult Following while visiting a friend in a small intentional community in northern Brazil. “People were running around reading auras, interpreting each other’s dreams, and ‘living on light’ instead of eating-which was as compelling as it was absurd. I became very aware of the entropy of belief. You could feel the magnetism of ideas take shape and pull people into their center like a black hole… a thing so filled with light that it’s own gravity means that none of it can escape.” Cult Following is a record that deserves to be listened to from start to finish, with each song having been constructed to meld seamlessly into the next. There may be those who listen only to the record’s obvious catchy hit, but they would be missing out on the depth of stunners like “Wishing Well” and “Someone Will Notice.” Like a classic novella, you must pass through all of the record’s stages to fully experience a triumphant hero’s journey. 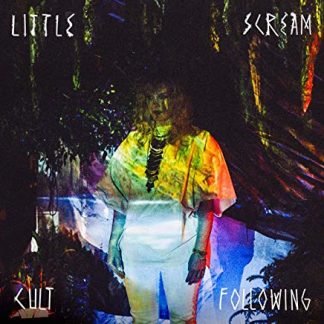