Description Party of One finds our hero signed by A&R legend Lenny Waronker to Warner Brothers Records. The personnel were drawn from Nick’s bandmates on 1987’s John Hiatt masterpiece, Bring the Family (Lowe on bass, Jim Keltner on drums and Ry Cooder on guitar) combined with the twin heads of the band The Moonlighters (Austin DeLone– ex of Eggs Over Easy and Bill Kirchen– Original Lost Planet Airman and twang kingpin). Nick brought in Dave Edmunds to produce and play even more guitar. They rip through a fantastic batch of original songs highlighted by “All Men Are Liars” and “What’s Shakin’ on the Hill” which are still staples of Nick’s live show. This strong effort led into the Little Village project and can be considered the final chapter in the first half of Nick’s career. Lowe, Nick – Party of One (Vinyl) Catalog # : LP-YEP-2397 Artist : Lowe, Nick UPC : 634457239715 Label : Yep Roc Records Street Date : 10/20/2017 Genre: Rock Tracklist A1 You Got The Look I Like A2 (I Want To Build A) Jumbo Ark A3 Gai-Gin Man A4 Who Was That Man? A5 What’s Shakin’ On The Hill B1 Shting-Shtang B2 All Men Are Liars B3 Rocky Road B4 Refrigerator White B5 I Don’t Know Why You Keep Me On B6 Honeygun Party Of Four C1 You Stabbed Me In The Front C2 Rocket Coast D1 Rocky Road (Demo) D2 Don’t Think About Her (Demo) 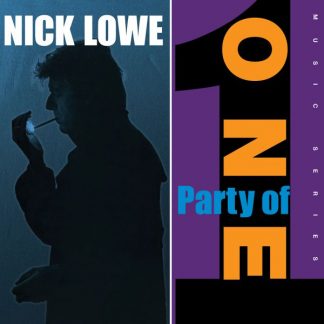