View cart “Television Personalities – Mummy You’re Not Watching Me (Vinyl)” has been added to your cart.

Description Minor Victories ‘It’s a band’, all four insist individually (naturally) on Skype. More so, the album is a product of that very process. As Justin sagely notes, ‘people don’t realise how many band don’t talk to each other’ in marked contrast to this wired network with a process which Rachel explains as ‘this real excitement about what we are doing, emails and texts flying in all day from everyone’. James points to the whole recording period as being ‘weirdly, lacking in any stress, things just happened’ and all remark that the lack of fixed sessions and schedules meant that they could contribute at their own pace in their own time and on their own terms. Rachel goes so far as to suggest that her vocals would not have been as they are were that conventional route have been followed, citing a set up that allowed her ‘a freedom to be more expressive’. Stuart talks of ‘the space to add’ to the music free of immediate opinions. Freedom is a word that all use, that sense that anything was possible and all ideas would be considered. Humility is a word that those looking in might add, a gathering of talented individuals prepared to step back from their own individual egos to allow the whole to prosper. Soon the project that became a band that have never been together in the same room becomes a public reality and the album that started life as an EP will be available for all to hear. For the band this is as much of a surprise as it may be for those waiting to hear it. Stuart still marvels that it has happened, saying ‘starting a band where some of the people have never met each other is something I’ve never heard of’, James wonders how ‘I’ve made a record with people I’d never have imagined I would have the chance to work with’ whilst Rachel describes it as ‘the most exciting thing I’ve done to date’. As for Justin, whose itch began the whole process, he still hasn’t quite worked out what his little noise EP has become but is beginning to think that ‘we’ve stealthily made the record I always have wanted to make without me actually realizing it’. James finally met Rachel in London. I can confirm this. FAT POSSUM RECORD RED 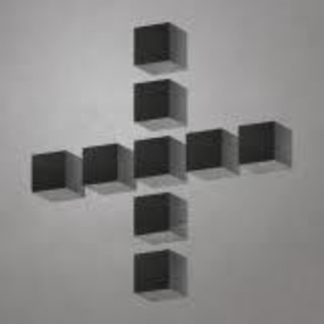