Description
Fire Records are delighted to announce the release of the brand new solo album from Australian songwriting legend Tom Morgan, best known for his contributions to Smudge and The Lemonheads. ‘Orange Syringe’ includes ten perfectly formed stripped-back pop songs saturated with Aussie charm, with just the right amount of jangle and an instantly comforting hook. Recorded with his wife Leticia, Morgan has been tirelessly working on this debut solo album and as a result has produced some of the best work of his career. 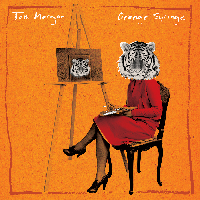