My Damage: The Story of a Punk Rock Survivor Hardcover

Keith Morris is a true punk icon. No one else embodies the sound of Southern Californian hardcore the way he does. With his waist-length dreadlocks and snarling vocals, Morris is known the world over for his take-no-prisoners approach on the stage and his integrity off of it. Over the course of his forty-year career with Black Flag, the Circle Jerks, and OFF!, he’s battled diabetes, drug and alcohol addiction, and the record industry…and he’s still going strong.

My Damage is more than a book about the highs and lows of a punk rock legend. It’s a story from the perspective of someone who has shared the stage with just about every major figure in the music industry and has appeared in cult films like The Decline of Western Civilization and Repo Man. A true Hollywood tale from an L.A. native, My Damage reveals the story of Morris’s streets, his scene, and his music-as only he can tell it.

About the Author
Keith Morris is a cofounding member of Black Flag, the most recognizable name in West Coast punk, and the Circle Jerks, which cemented his reputation at the forefront of hardcore vocalists. He has recorded over fifteen albums, appeared on countless albums and compilations, and has a half-dozen film credits to his name. The intensity of the music produced by his latest bands OFF! and FLAG are equal to his best work from the ’70s, ’80s, and ’90s, and add to a legendary career that is still being carved out one gig at a time.

Jim Ruland caught the punk rock virus when his mom took him to see the Ramones when he was 15. He has been writing for punk rock zines like Flipside since the early ’90s and has written for every issue of Razorcake, America’s only non-profit independent music fanzine. He is the author of the award-winning novel Forest of Fortune and the short story collection Big Lonesome and is the curator of the irreverent reading series Vermin on the Mount. 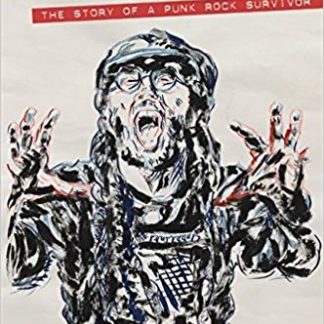 You're viewing: My Damage: The Story of a Punk Rock Survivor Hardcover $19.98
Add to cart