Oscar: The Life and Music of Oscar Peterson by Reva Marin

Oscar Peterson was one of jazz’s greatest piano players, a multi-Grammy award-winner who recorded almost 200 albums. But the man was much more than his music: his life was a revelation and an inspiration. This book traces back to Peterson’s childhood in the mostly black, poor neighborhoods of Montreal. Under the tutelage of his stern father, who insisted that all his children learn to play the piano, Peterson found early success as a classical pianist. His yearning to play jazz met with his father’s disapproval, however, and Peterson eventually headed to the United States, where he confronted the racial prejudices that would haunt him throughout his long career. Along with this riveting life story, Reva Marin explains differing styles of piano jazz, such as boogie woogie, stride, and bebop, and introduces difficult concepts like improvisation. More importantly, she takes readers inside the life of a jazz musician in a way that inspires anyone who has ever taken piano lessons, played in a school band, or dreamed of starting a rock group. 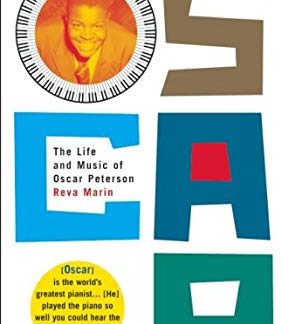 You're viewing: Oscar: The Life and Music of Oscar Peterson by Reva Marin $6.99
Add to cart