DESCRIPTION Extremely limited 180gm audiophile white vinyl LP pressing in gatefold sleeve. Reissued to coincide with the album’s 50th Anniversary. Every snarlin’, fuzz ‘n’ Farfisa note of Mark Lindsay and crew’s second (1965) release for Columbia. Just Like Us! is the fourth studio album overall by the band. Produced by Terry Melcher, it featured the U.S. hit single “Just Like Me”. Unlike their later albums, on which Mark Lindsay was the primary lead singer, the lead vocal duties on Just Like Us! were split among him and the other band members, guitarist Drake Levin, bassist Phil Volk, and drummer Mike Smith. This was their last album of cover songs, their next album Midnight Ride was mostly self-penned material. RED 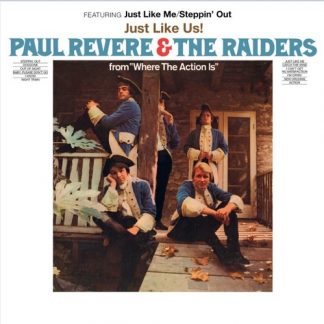