View cart “Smartbomb ‎– Diamond Heist” has been added to your cart.

Pugwash – Play This Intimately As If Among Friends Translucent (Vinyl)

2015 release, the first internationally available new album from Ireland’s Pugwash. Features guest appearances from Ray Davies (The Kinks), Heil Hannon (The Divine Comedy), Andy Partridge (XTC) and a cameo from Jeff Lynne (ELO). Pugwash is an Irish pop band fronted by Drimnagh-born musician Thomas Walsh. Influences on the band’s sound are regularly cited as including XTC, Electric Light Orchestra and Jeff Lynne, The Beach Boys, The Kinks, Honeybus and The Beatles, though Walsh dismisses the Beatles comparisons as “lazy”. Play This Intimately (As If Among Friends) is the band’s long awaited follow-up to their critically-adored 2011 album The Olympus Sound. Then again, all of their albums have been critically adored by critics and guitar pop fans alike 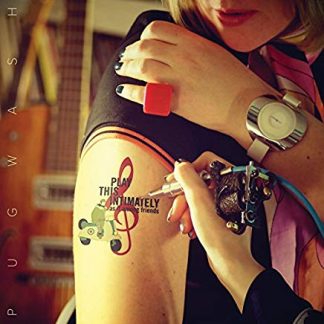 You're viewing: Pugwash – Play This Intimately As If Among Friends Translucent (Vinyl) $19.98
Add to cart