Ride – This Is Not A Safe Place (Vinyl)

Catalog # : LP-WEBB-570 Artist : Ride UPC : 5055036215701 Label : Wichita Recordings Street Date : 8/16/2019 Genre: Rock Style: Alternative Rock, Psychedelic Rock, Shoegaze Year: 2019 Tracklist R.I.D.E. Future Love Repetition Kill Switch Clouds Of Saint Marie Eternal Recurrence Fifteen Minutes Jump Jet Dial Up End Game Shadows Behind The Sun In This Room Ride return with the 6th studio album of their career and their second since reforming in 2015 and signing to Wichita. As with their previous album, the highly acclaimed Weather Diaries, Erol Alkan was in the producer’s chair, whilst career-long collaborator Alan Moulder (with Caesar Edmunds) mixed the album. The album’s title was inspired by one of the “hobo code” symbols once used by those who travelled the railroads of the US, and then found in the early artwork of Jean-Michel Basquiat. The phrase clearly resonates with the current state of the world – politically and environmentally. This Is Not A Safe Place is arguably the Ride album with the broadest sonic palette thus far. You can hear sounds and styles that span their entire catalogue but, both musically and lyrically, this is clearly an album made by a band who love being back together and who are at the very top of their game. 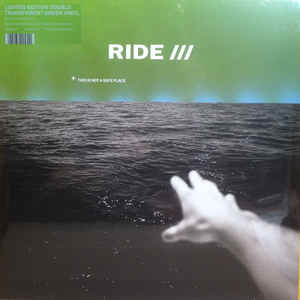