Description
The Embers of Time is one of the finest collections in a celebrated career that’s earned Josh Rouse plaudits everywhere from the NY Times to NPR. Hailed for his “sharp wit” by Rolling Stone and as “a talent to outrank Ryan Adams or Conor Oberst” by Uncut, Rouse has long since solidified his status as a songwriter of the highest caliber over his ten preceding studio releases, but as he navigated the unfamiliar terrain of his forties while writing The Embers of Time, he found himself facing difficult questions. Album opener “Some Days I’m Golden All Night” finds comfort in accepting that there are no easy answers. The album’s laidback, countrypolitan vibe—captured in part in Rouse’s studio in Valencia and in part in his former American home base of Nashville with producer Brad Jones—continues on “Too Many Things On My Mind,” which was inspired by economist E.F. Schumacher’s book Small Is Beautiful. Simplification is a recurring theme on the album, as the pedal steel and harmonica drenched “New Young” finds Rouse “making plans to move out to the country,” and “Crystal Falls” is propelled by uncomplicated rhythm from an unexpected source. “I didn’t want the record to come off as overly serious, so it was important to me that songs like this have a sense of humor to them.” That sense of humor sustains Rouse as he faces down some of life’s biggest questions on this record with grace and humility. “Am I a hunter or a fox?” he sings on “Pheasant Feather”. ‘The Embers Of Time’ suggests that Rouse has discovered he may never know the answer, and that’s just fine.
EYE 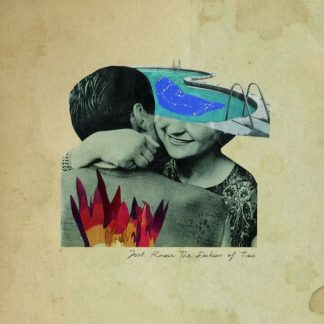