Vinyl LP pressing. Atlanta’s Royal Thunder reemerge with their stunning 2015 sophomore LP Crooked Doors. Propelled by the powerfully emotional voice of Miny Parsonz, Royal Thunder seamlessly blends the great parts of heavy classic rock, ’90s grunge and the forward thinking guitar heroics of contemporary metal bands like Mastodon and Baroness to create a sound unmistakably their own. Rarely has a band so naturally tied together three generations of hard rock into one triumphantly magnificent album. Crooked Doors is the follow-up to their debut disc, CVI, which came out back in 2012. Since then, the band has toured heavily and played festivals like Bonnaroo. Royal Thunder then spent much of 2014 creating and recording the 11 tracks for Crooked Doors. 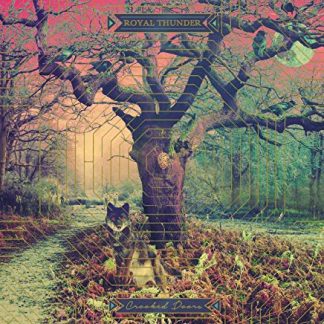