DESCRIPTION
Limited edition of 1000 individually numbered copies on gold coloured 180-gram audiophile vinyl. The English heavy metal band Satan was founded in 1979 and are part of the so-called new wave of British heavy metal movement (NWOBHM). Their debut album Court In The Act boasts a unique heaviness that outweighs what many extreme metal albums are capable of providing to the listener. It’s savage and monstrous guitar work is what makes the difference if compared to other releases brought out during the NWOBHM, add in the drumming from Sean Taylor and you have an album that should not been overseen by any metal/ hard rock fan.

Tracklist:
1
Into the Fire
2
Trial By Fire
3
Blades of Steel
4
No Turning Back
5
Broken Treaties
6
Break Free
7
Hunt You Down
8
The Ritual
9
Dark Side of Innocence
10
Alone in the Dock 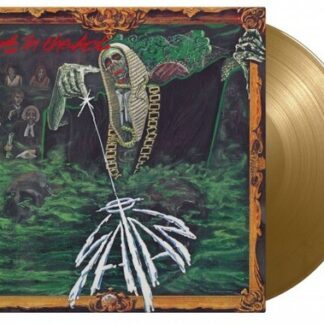