NEW, SEALED Summaries Detective Brighton investigates a series of unusually gruesome murders and is soon caught in a web of intrigue involving a mad scientist, a beautiful woman, a power mad politician, and one very ferocious monster. Their secret lies in a mysterious formula which could unlock the secrets of immortality… and on a less positive note, also cause the mass mutation of all life on earth! The bodies pile up as everyone scrambles for possession of the formula. It culminates in a climactic showdown whose outcome will determine the fate of all mankind! —WNYer@imdb.com Filmed in Buffalo, NY Features original music by David Kane’s Them Jazzbeards (1995) 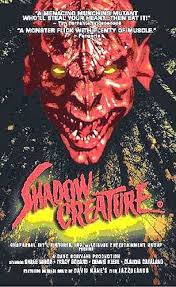