Description London four – piece, TELEGRAM are set to release their eagerly awaited debut album on 18th March 2016. ‘Operator’. Recorded in London with Rory Atwell, features twelve tracks including the forthcoming single ‘Taffy Come Home’, and a new version the band’s long deleted seven-inch debut release ‘Follow’ from October 2013. The album will be released on black vinyl and CD digipak, and the CD and digital versions will come with bonus track ‘Have It Your Way’. A stunning set of songs, the album will more than confirm TELEGRAM’s early promise as one of the most exciting bands around right now. Formed just over two years ago, the TELEGRAM line up of Matt Saunders (vocals/ guitar), Oli Paget-Moon (bass) and Jordan Cook (drums) have recently recruited new guitarist Pip Stakem to the fold. Effortlessly combining a love of Roxy Music, Syd Barrett, krautrock and late proto-punk to great effect, they’ve built up an ever growing fanbase of critics and public alike with extensive touring and a clutch of fantastic and much sought after seven inch singles, ‘Follow’, ‘Regatta’, ‘Inside Outside; and most recently ‘Aeons’. EYE 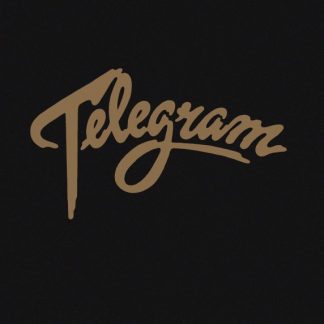