Television Personalities unreleased album. Recorded in 1990 by Jowe at his flat in Glading Terrace, Stoke Newington (shortly before it was demolished), over a number sessions on a portable 4-track cassette-tape machine.
“Over the course of a few weeks, we had amassed fifteen tracks, some of which ended up being re-recorded with very different arrangements on ‘Closer to God’. The intention was to finish and release these tracks at some point, and that time has finally arrived” Jowe Head

Of the previously unheard songs, “I Like That in a Girl” was based on a conversation Daniel Treacy had with Lawrence of the Birmingham band Felt, hence the peculiar accent that Dan uses towards the end! “Love is a Four-Letter Word” was a song the band would play regularly live; it eventually evolved into “Love is Better Than War”. I Suppose You Think It’s Funny” displays Jowe and Daniels double-falsetto skills.

“If You Fly Too High” was based on an encounter with Evan Dando of The Lemonheads in Berlin during a memorable gig with them at the Ecstasy Madhouse in December 1989, when the Berlin Wall was being torn down. The band jammed with Evan on stage that night, playing some tunes by Jonathan Richman and Johnny Thunders. The song also mentions Alan McGee, who was a great fan of the TVPS. Alan openly admits that he emulated Dan’s style of music, and influenced his decision to run a mod-psychedelic club, The Living Room, and to start his label, Creation.
LP-FIRE-327X
UPC : 809236132741
Street Date : 1/19/2018 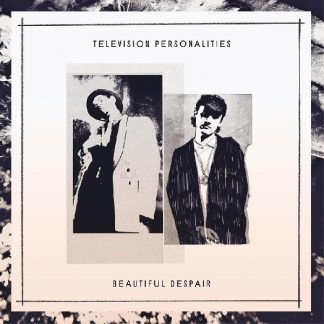