TEMPLES—JAMES BAGSHAW (vocals, guitar), TOM WARMSELY (bass, backing vocals), SAM TOMS (drums) and ADAM SMITH (keys)—release their new album, Volcano, on March 3rd via Fat Possum. All the elements people loved with Temples’ debut, Sun Structures, remain intact, but this time, there is a noticeable evolution presented from the outset. It’s clear Volcano is the sound of Temples squaring up to their potential, immediately evident with “Certainty.” Its beefed-up beats reveal an expanded sonic firmament, one in which bright synth hooks and insistent choruses circle around each other over chord sequences that strike just the right balance between nice and queasy. Entirely self-produced and written by all four members of the band, Temples’ melodies seem to come effortlessly. There are sun-dazed numbers and lysergic dream-pop songs and those where synth and mellotron interweave to beguiling effect. One thing is certain; it’s harder to spot the influences this time around. Mystical language has been supplanted by something more direct. They’ve been broken down and blended together—fossilized into a single source of creative fuel, resulting in a sound that is undoubtedly Temples. Volcano Artist: Temples Format: LP Release Date: 3/3/2017 LABEL: Fat Possum Records UPC: 767981158815 Genre: Rock Style: Indie Rock, Psychedelic Rock Tracklist A1 Certainty A2 All Join In A3 I Wanna Be Your Mirror A4 Oh! The Saviour A5 Born Into The Sunset A6 How Would You Like To Go? B1 Open Air B2 In My Pocket B3 Celebration B4 Mystery Of Pop B5 Roman God-Like Man B6 Strange Or Be Forgotten 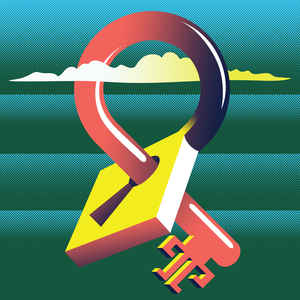