Vinyl LP pressing. 2016 release. The Low Anthem are not only musical artists, they live their lives as art. Creating constantly for themselves and others in their home base, The Columbus Theater in Providence, Rhode Island. This release is the realization of a musical dream come to life in the form of songs and a soon to be developed play. Described as multidimensional, future folk, this is Eyeland. The Low Anthem formed in 2006. Founded by duo Ben Knox Miller and Jeff Prystowsky, The Low Anthem recorded and self-released two studio albums, The Low Anthem (2006) and What The Crow Brings (2007), before the arrival of vocalist and clarinetist Jocie Adams in 2007. In a message to fans in June 2013 during the recording of their fifth studio album, the band announced that Jocie Adams was departing The Low Anthem to focus on her new project, Arc Iris. . UNI 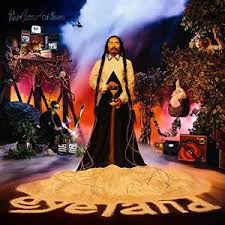