College student Casey Beldon (Odette Yustman, CLOVERFIELD) begins having dreams about a spooky little boy with bright blue eyes. She thinks nothing of it as first, but when the image becomes a recurring motif and the boy she babysits for hits her in the face and tells her “Jumby wants to be born now,” she begins to get frightened. After learning that she had a twin brother who died in utero, she finds a photo of her late mother with the same ghostly child looming in the background. A newspaper clipping then leads Casey to visit an elderly Holocaust survivor (Jane Alexander) in a nursing home. The woman clues her in to a dark family secret extending back to WWII, which prompts her to employ the services of Rabbi Sendak (Gary Oldman), whose skepticism about evil spirits is vanquished when he sees what he is up against.

Goyer’s pacing is brisk, and the THE UNBORN’s jolts start right out of the gate. Yustman is an appealing lead, and the surprising presences of veterans Oldman and Alexander add some weight to the proceedings. The violence is never too graphic, but a few of the sequences are surprisingly icky, as are some of the supernatural beings that pop up. The result is a fun thriller that crams a lot of spookiness into its PG-13 rating. 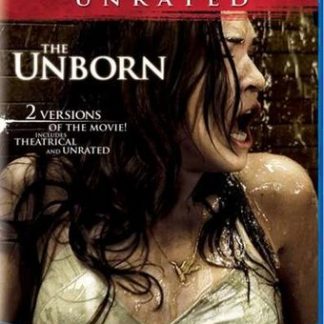