DESCRIPTION
Loaded is the fourth studio album by American rock band The Velvet Underground, released in November 1970 by Atlantic Records’ subsidiary label Cotillion. It was the final album recorded featuring Lou Reed, who had left the band shortly before it’s release. In 2003, Loaded was ranked 109 on Rolling Stone magazine’s list of the 500 greatest albums of all time. 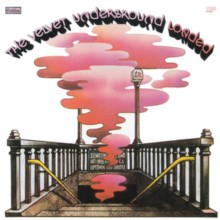