Turbowolf is a rock band founded in Bristol, UK. The media have so far struggled to categorise the band’s music, partly due to their diverse influences. However, their sound contains elements of rock & roll, psychedelia, heavy metal, punk rock and electronica. Since 2008, the Bristish riff-ragers have melted minds with their signature brand of punk rock fury. Their live rituals are the stuff of legend: sound-tracked by the red hot fuzz of crackling speakers & overloaded channels. After wrapping up a successful last year, which included headlining Live Nation’s ‘Download Freezes Over’ tour as well as crushing stages with Royal Blood & Death From Above 1979, the quartet are set to unleash 2nd album ‘Two Hands’ & excitement in the camp is infectious. 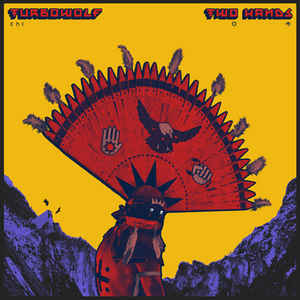