Editorial Reviews The highly anticipated Soundtrack for The Forgotten City. The soundtrack features Buffalo’s best local artists and includes hip hop, R&B and gospel tracks. Don’t miss your opportunity to get a copy of this album. People are already talking about it… one radio personality said that it is “the most important music project to come out of Buffalo, New York (Dwaine Terry of WBLK Radio and Host of Late Night Noise.)” Includes the sounds of: Johnal • Thugzman • Mossburg Records • T. Brown • Stori James • Racel • Melec • Hooch Crillz About the movie: The Forgotten City is a soul stirring documentary taking place in Buffalo, New York exploring race relations, segregation, crime, and politics. Through exclusive breathtaking footage and one-on-one interviews with many citizens and some of Buffalo’s most influential leaders, The Forgotten City exposes the bitter truth about Buffalo and all inner cities. It challenges stereotypes, encourages change and shakes up the status quo. Buffalo was once a booming city; one of richest in the United States and is now a place where crime, racism and poverty plague a once great city. This film is a personal journey of two young filmmakers who forged an unlikely partnership following a 2001 murder; one a friend of the victim and the other a friend of the murderer. Instead of waging war, they embarked on a documentary film project that would take them into the heart of Buffalo’s most dispossessed communities and crime ridden streets. The result of their exploration is a documentary film with a raw, hard-hitting, unblinking first-hand look at the way some of us really live in America. This film brings to light the racial turmoil and economic hardships that have become the lifestyle of so many living in Buffalo’s inner city. The Forgotten City, however, is not simply a film about the problems that plague Buffalo’s inner city; it can easily be the story of any American city and is a film that everyone should see. 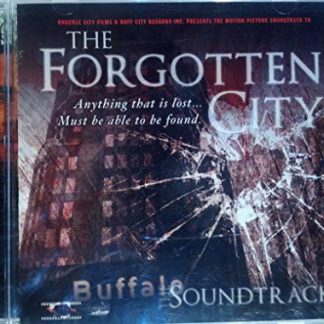