Vinyl LP pressing, includes digital download. Since the release of her debut self-recorded EP, Jekyll/Hyde, in early 2014 via Domino, Taryn Miller has experienced many firsts as an artist – her first tour (with Courtney Barnett), her first SXSW (in 2014, in support of the EP release), and her first time working in a proper studio with a producer. And now, the 24-year-old who resides in Lawrence, KS and makes music under the moniker Your Friend, begins the process of another first – the release of her debut full length album, Gumption. Gumption deals with growing pains that come from self-inducing this sense of quiet that can be uncomfortably revealing. “I was sitting with myself so much, I got to know myself in ways I liked and ways I didn’t like,” Miller admits. Gumption is a record of courage, as it’s title suggests – of having the willingness to make necessary shifts, and to have a sense of self-awareness that ultimately leads to growth. Tracklist A1 Heathering 4:22 A2 Come Back From It 4:43 A3 To Live With 1:24 A4 Desired Things 5:08 B1 Nothing Moved 5:45 B2 Gumption 4:49 B3 I Turned In 4:49 B4 Who Will I Be In The Morning 5:47 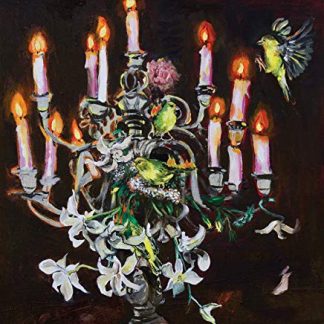